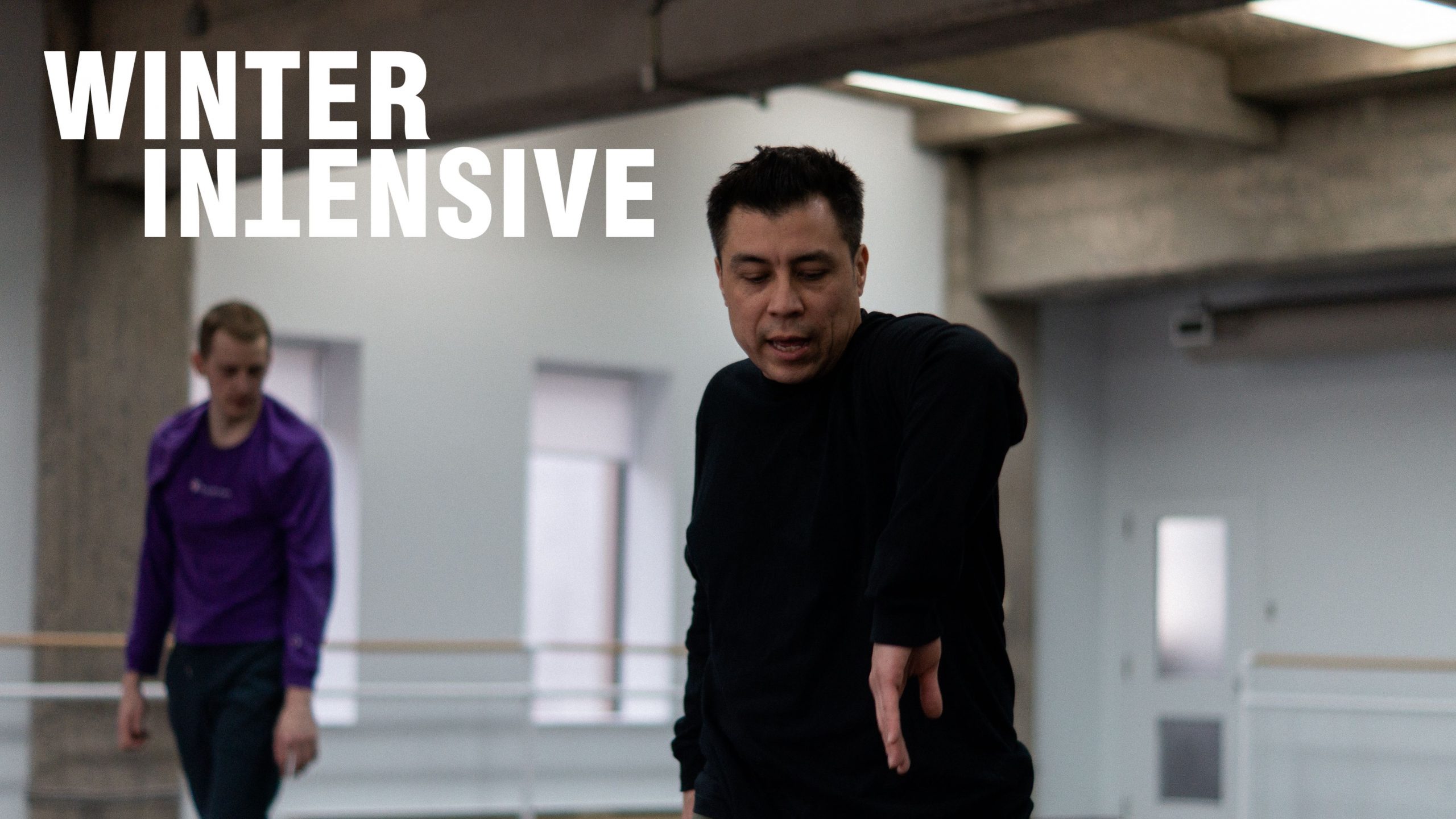 RUBBERBAND ended 2019 with a successful 4th Winter Intensive in December. The 30 dance professionals and students who joined the workshop hailed from Quebec, the rest of Canada, and the U.S.A. (Juilliard, Parsons, HSDC, UNCSA, School of Toronto Dance Theatre, Ryerson School of Performance, National Ballet School of Canada, Concordia’s BFA in Contemporary Dance, etc.). During a session of either one or two weeks, depending on their registration option, participants trained in the RUBBERBAND Method.

Paco Ziel, who has danced with the company since 2015 and was recently promoted to artistic coordinator, took advantage of the occasion to photograph the largest group of dancers ever to attend the Winter Intensive.

2020 started off in high gear with two showcases that were a hit at the APAP in New York (thank you, Sandy Garcia of Pentacle!); performances of Vic’s Mix and a workshop at The Yard in Martha’s Vineyard; and a performance of Ever So Slightly at the iconic Majestic Theatre in Boston with Global Arts Live, co-producer of the show. The Quebec Delegation in Boston was present at the performance.

This eventful itinerary continues with RUBBERBAND’s busy winter-spring calendar. Over 20 performances of Ever So Slightly and Vic’s Mix are scheduled for cities in the United States, Europe, and Canada, including several notable dates in Quebec.

Indeed, Ever So Slightly will be presented at the Grand Théâtre de Québec on February 18 (produced by La Rotonde) and at Théâtre de La Ville in Longueuil on February 26 and 27. Vic’s Mix will be performed at the Centre des Arts Juliette-Lassonde on March 11 and 12, and at Maison de la culture de Gatineau on May 4, 2020.

For other dates, see the calendar below.

Victor Quijada will be doing creation work on RUBBERBAND’s new piece, Trenzado, in residencies in New York State hosted by Jacob’s Pillow and Purchase University. He will also be involved in teaching projects, workshops, and other residencies this spring.

A new phenomenon due to changes in the booking milieu in the last few years is that contracts for the current season are still being signed, and several interesting announcements await for the spring.

Follow us on our newsletter to keep up to date.